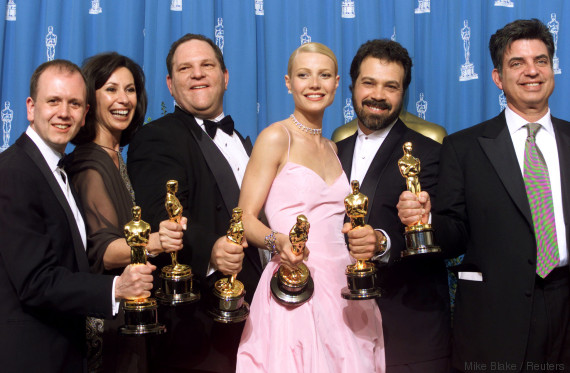 My patient and I were talking about the latest revelations of sexual misconduct in the news and she described an incident that she explained was not unusual. She was stopped at a light and absentmindedly looked over at the car next to her. A man looked back. What ensued was a chase right out of the movies, with her racing in and out of traffic until he finally gave up. As I walk down the street a young woman walks past me, she stares straight ahead, avoiding my gaze. I think to myself about how incredibly confining and dangerous the world is for women.

With the recent allegations against Harvey Weinstein, Bill Cosby, Bill O’Reilly, Roger Ailes and Donald Trump, women are vociferously speaking up about their disturbing and appalling accounts of sexual abuse. The response that follows is “Why now, what took them so long?”. The convoy of women stepping up represents a tectonic shift in the cultural landscape that has shaped our country and the dirty little secrets of men. Women are literally coming out of the woodwork describing patterns of harassment and rape from predatory men operating with reckless abandon believing they were bullet proof. The background of fear and intimidation is not the only culprit in this collision of morality and entitlement but another more insidious evil, and that would be shame.

The word “shame” originates from the Teutonic root word “skem” which means “to cover oneself.” Shame is an intense reaction to the pain of humiliation and necessitates deception to keep it concealed. For shame to be exposed could mean further humiliation and that would be intolerable. Like the spilling of blood, shame is the most powerful internal feeling we humans can experience. Victims of abuse or rape react to these events with crushing shame and then to protect themselves they hide as a means of emotional survival. When women come out it emboldens other women because they can transcend shame through acts of courage.

Rich and famous men have been riding a runaway train of entitlement that is at last coming to a screeching halt. Men have long been immune to the protests of women because of our almost psychotic worship of celebrity and wealth. The undeniable myth is that somehow they are superior and therefore can do whatever they want to whomever they want without rules or restrictions. Back to bullet proof. The need to simply keep quiet from shame and the fear of loss both of employment or career also play a prominent role here. The shame of standing alone in the face of a powerful man who denies any wrongdoing and even aggressively blames and shames women in public creates an incalculable panic in the victims of abuse. Adding to this is the tendency for victims to blame themselves.

These men wield prodigious sway in the world and because they are revered or feared or both. It becomes very difficult to get the truth out. All anyone has to do nowadays is call “Fake News or Lies” and it casts aspersions on the claim whether true or not. We don’t have a valued means of establishing what is true when it is being undermined daily in the news and social media. These men are just the tip of the iceberg as my patient so adroitly pointed out.

Importantly, equality between men and women is the foundation of a civilized society. The treatment of women worldwide is like a cancer on the very core of what it means to be human. In countries where women are not treated equally alongside men those discrimination’s create suffering. We watch the mighty fall in the new era of emerging woman power. Wherever women are given a place of value those countries become less war like. Humane societies are more peaceful. Equality means we all excel. The time has come for real change and everyone reaps the rewards both economically and within families and communities.

To remove the stigma of shame, allowing the truth to be known is the goal of a civilized society. All people require fair treatment and have the right to equal opportunity, black, white, brown, female and LGBT. Everyone has a contribution to make and ending harassment and abuse is one giant step forward for mankind or womankind for that matter. It’s up to all of us to step forward and make our voices heard if not openly than certainly at the ballot box. To eradicate abuse toward women is to create a truly evolved society. This issue is systemic and its men who perpetuate it. When men decide to stand tall and confront misogyny in locker rooms or men’s gatherings then this pervasive abuse will finally end. Hallelujah.

First appeared on the Huffingtonpost UK