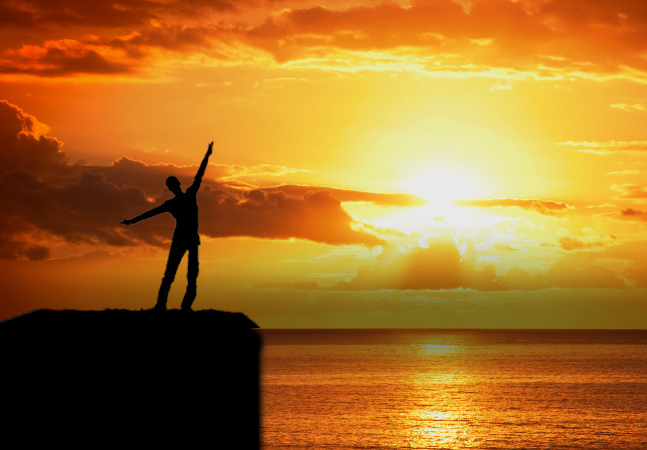 “We become what we behold. We shape our tools and then our tools shape us.” Marshall McLuhan

Some Fifty years ago, I was walking across my college campus quad after receiving my grades for my first semester there. A straight C average. I was feeling morose and hopeless and my inner voice said to me that in actual fact I had never really tried at anything. I realized that I was too afraid to find out that I was just not good enough. My inner mythology told me that I was worthless and stupid. It had always stopped me short. But I had actually never said it out loud. Then my inner voice said “Did I really want to be 65 and ask myself what would have happened had I tried?” I thought about it and my inner voice said, “If I try and fail I could still feel good that I had tried my best.” I decided right there to try and succeed or die trying. That was the turning point. Eventually I learned the big lesson, everything takes work and lots of it. I realized there was one thing that I could do, I could work harder than everyone. I stayed up late, I lived at the library, I studied until my eyes fell out. There were things that were surprising too. I fell in love with Jazz, I fell in love with classical music. I went to class and actually knew what they were talking about and it became so much more interesting.

After the next semester my grades came up. I also found my place in the school. The Anthropology department was run by this famous guy who came out of the University of Toronto where he and Marshall McLuhen had coined the term “Global Village.” McLuhen wrote the groundbreaking book The Media is The Massage. Ted Carpenter assembled a conglomerate of brilliant and renowned Anthropologists who organized the finest department in the country for the study of Urban Anthropology. Then I met Peg.

She looked like a Modigliani painting and had this jaunty smile that gave the impression of amusement but with a sardonic twist. She knew about literature, art, philosophy and she could write like a pro. She decided that I was a diamond in the rough. Together we fashioned some great work that catapulted me into the stratosphere of intellectual prominence that I had dreamed of. I was invited to submit several of my term papers for publication and for me it was transformational. I was no longer a stupid, talentless and aimless kid. I had arrived. Because of my decision to throw myself completely into academics and give it everything I had I discovered something in myself that I never knew existed. That decision in the quad was the first step in taking my life into my own hands. I was the subject of my own life and I was determined to cast my own fate. I had transformed. I also learned that transformation always included other people.

My story was far from over, it was the easiest part of my transformation. There were so many mountains to climb. It is this coming to the light, this slow turning that I have finally passed behind the moon and back into orbit that I find it worthwhile to write about what it means. I feel like I can see all the difficulties as just that, I don’t find that I can change everything but some things. Other things remain like lighthouses marking my presence along the coast of my own being, the beginning and the end all meshed together like an amalgam of truths and myth that I have gently torn away from one another yet remain tethered to. Transformation is the willingness to risk our idea about ourselves (usually derived from our families and others) for the sake of something we want. No matter what the outcome we can never return to the same place.

The difference between transformation and change is that change can come and go but transformation is permanent. Change is the result of behavior but transformation is about identity. We can change the way we do things and then return to doing them the same way. If we transform ourselves from an inadequate person to an adequate person then everything we do is different. We have become someone we were not but more true. When I made the decision on the campus quad those many years ago it transformed the way I saw myself. It has guided me through all the storms that have come my way. Transformation can also happen to us. A death, a birth, a marriage, a break up can all be transformative if we pay attention. We all experience life but it’s what we do with it that matters.