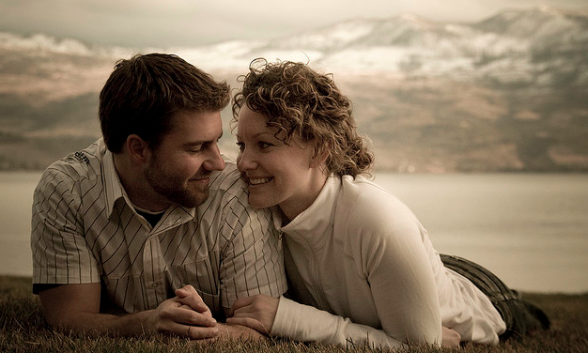 My wife of 26 years and I were making dinner the other night and between shifts of chopping and mixing I was waxing philosophical about what women want. So, naturally I sort of put the question to her in my typically male off-handed way, so what is it that woman want? The answer was not as shocking as I’ve been hearing the same theme for the past thirty years from my female patients. She looked at me with eyes that spoke volumes and in their watery essence woven into the very fabric of her being and without an answer, I said: “You want me to want you.” She nodded in that vulnerable way of hers and we were off into a conversation that lasted through dinner. We yakked about what we wanted from each other, what was good for both of us and eventually during dessert we realized that the night had flown by and we were quite pleased with our conclusions.

What women actually want, it appears, is what they’ve always wanted so why is it so hard for men to understand? The answer lies somewhere between our differences and how we fail to communicate what we want and need from each other.

Women certainly want to be wanted by the man they are enthralled with and whom they have deemed them worthy of such rapt attention. With their very selective internal machinery women choose a mate through highly discriminating channels but once they sign on its desire that makes the wheels go round. Marta Meana, a researcher at the University of Nevada, has asserted that female sexuality is fundamentally based on being desired. She goes on to note that men and women’s desire may be somewhat problematic in long term monogamous relationships where desire wanes over time. One can only imagine how this can be translated into the industry fuelling this situation in the form of romance novels, movies, and music that extoll the virtues of love and desire as the center of romantic love. The savior of desire in long term relationships lies in each couples ability to maintain a deep and loving relationship. This requires blameless communication and efficient conflict resolution skills. More on this in my next blog so stay tuned.

Women are almost universally not attracted to a guy who is tentative, needy, needs reassurance or is especially solicitous of their approval; but rather a hybrid between Stanley Kowalski from Street Car Named Desire, and the confidence of say a Leonardo De Caprio or Brad Pitt. This is not simply an objective truth but in my experience is an emotional and sexual trigger for women. The notion that a man can be both strong and vulnerable seems to have a universal appeal for women.

The most important relationship issue for women is to be truly heard and understood. Women want men to not only listen to them but allow themselves to be influenced in a way that causes them to make an effort. According to John Gottman, who has studied over 12,000 couples and has written many best-selling books on the subject, concluded that 80% of divorces are due to men not accepting the influence of women. That’s because women are generally more willing to be influenced than men. Women are not attracted to a guy who has to be right and won’t listen. For women, it’s not just frustrating but a real turn off. Men who insist on being macho lose respect, and for women, it feels weak. For women, men who are insecure, defended and won’t own up when they screw up are losers. Guys who can listen, acknowledge and then try to do those things that are important to their mate will end up receiving some serious rewards. I tell my male patients that it’s the same in sex, there are no good lovers just good listeners. So if your lady is telling you what she likes it’s a really excellent idea to lean in and lend an ear.

Women are also particularly interested in safety and security both emotionally and actually. They want to feel like they are under his wing when they are out together. This is not to be confused with wing man by the way. Women want to feel cared about and cared for by their man. Women want a man who can take charge, not only of situations but their own lives. This includes issues relating to their own health, sense of self and financial success. Feeling safe and secure emotionally and economically is a reliable aphrodisiac for women. Note to guys, it’s called building a nest and it’s been going on since the beginning of time. Just like the male Wood Swallow beats his chest and flaps his wings to show how cool, strong and more able to provide strong offspring than the other males, but we humans have an analogous gene called liking what we do or by being successful at what we do. These days even though women are high earners they still want the guy to step up and take care of business, even if it means changing diapers.

Women want a guy they can count on, who will show up and do what he says he will do. Keeping agreements, honesty, with some romance sprinkled in, rate high on the attraction scale for women. The best place for a guy is when he feels and shows how really lucky he is to be with his mate. In our culture, it would be tantamount to marrying the high school cheerleader and feeling like he really made the big score. Then it shows in his willingness to do the small but significant things like walking beside her and making sure she is comfortable and safe. Women do like men to treat them like they are special and show appreciation with simple gestures. Holding hands, letting them know that you love her, writing the occasional note that tells them how much you appreciate what they do, are high up on the attraction scale for women.

The last but not least important is a sense of humor along with a pinch of adventure and fun will get those hormones jumping. Women love to laugh and getting there is one of the most important qualities in a relationship not to mention spontaneity. A guy who is willing to try some new things, get out there and create a sense of fun is not only a very cool thing in life but women love it. Couch potatoes are not sexy.

Certainly, a guy who knows what he wants has some wit and wisdom and can laugh at himself, take a hit if need be and come back to the table with some idea what to do next, makes women feel good. A guy who she admires because he is out there doing his best to make it all happen, doesn’t give up, feel sorry for himself or blame others for his misfortunes creates an attraction concoction that can last a lifetime. A guy who can hold his liquor makes an effort to be a good man and shows up at night at a reasonable hour are important traits. Guys who are out with their pals getting drunk five nights a week, do drugs, lie, cheat and steal are repellent over the long haul. Guys who make a point to show a desire to be with their mates, want them, care about them, know what they want and make an effort fare much better. The guy who will make some plans, find the occasional gift that he knows she wants, opens up and talks about what’s going on now and then will be a hit with women.

Bottom line women want to feel connected and they want attention. Paying attention does not take days and days of effort by the man to produce a satisfied woman. Men far too often get caught up in a million things, including their crack phone habit, to stop, look and listen to their mate. Women are about as obvious as a train coming through the room when it comes to what they want. So unless you are brain dead, take notice and ask how they are. If you ask if they are upset about something and they say “nothing” then you know you have to pursue it. Guys love to complain about what a bitch their wives and girlfriends are while overlooking what they may have done to piss them off. It’s as if men are color blind when it comes to women, they think that if they have to actually respond to what women want then they are wimps. Little do they know that they are holding the keys to the kingdom and with a little time spent thinking about what their mate is telling them and then doing a few small things about it, they will be opening the flood gates to some happy times. When women feel cherished they don’t mind jumping in front of a bus for their man. A few jewels now and then never hurts either.