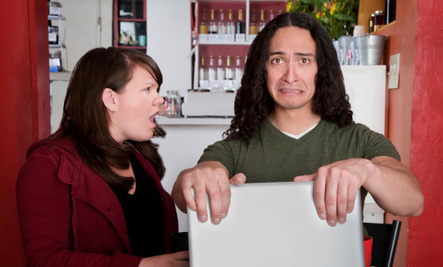 Because cybersex affects relationships between mates, it also affects entire families and causes a myriad of internal issues. Wives feel unwanted, unable to compete with online images, degraded, stupid or weak. They may see their partner as a bad partner, selfish and like they are “living a lie.” Husbands are up late viewing images, become more moody, neglect the family, spouse, job and friends. They become distant and care less about the feelings of their wives and children. When it comes to addiction, secrecy and overuse are the culprits. If children discover their father’s porn use there is a tremendous loss of trust and respect. In relationships with our partners, the more things we don’t talk about, the more they will affect the overall sense of intimacy.
So how do couples work through this issue? First off, suspend the use or overuse of internet porn. Second, find the stimulation with your partner. If she is your go-to person for sex then it behooves both of you to do some ground work to create a satisfying sex life. Clear away the dead wood in your relationship. Don’t run from your problems: face them and work them out. Find things to do together that you both consider play, or fun activities. If all else fails, get some therapy.