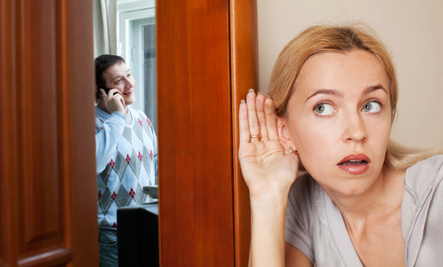 “I’m not upset that you lied to me, I’m upset that from now on I can’t believe you.”

Laurie and Frank were high school sweethearts. They married young because Laurie became pregnant and, being Catholic, any other choice was out of the question, so he decided to do the right thing. It wasn’t that he didn’t love her—he did, but as with all things high school and unfinished, over time, Frank longed for his lost youth. You can see where this is going and it’s not good. Laurie worked full-time to put Frank through college and law school. He worked long hours and she stayed home with the kids. As his success rose, they began to lead separate lives. He and his buddies would routinely frequent strip clubs after work and occasionally bust out for a Vegas trip which inevitably did not stay in there. One night after Frank arrived home drunk and passed out on the sofa, Laurie came across text messages from one of the girls wanting to hook up and that was the start of their particular fandango.

At first, he denied it, and then he became indignant, and finally contrite, sad and terrified that he would lose her. Frank realized what she meant to him, but Laurie worried incessantly every time he went out and would give him the third and fourth degree when he arrived home.