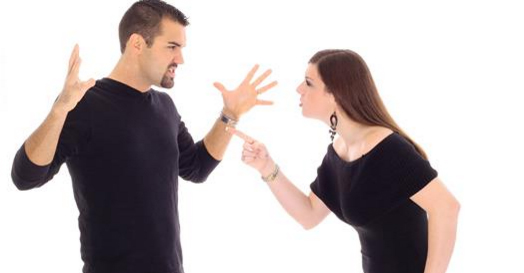 Ben was nervous as he drove to Sarah’s apartment for their first date. Had he taken care of everything? He made reservations at the nicest restaurant, showered, put on his favorite outfit and was arriving just a few minutes late to give her a bit more time. Sarah was rushing inside her apartment which was spotlessly clean. She wore her sexiest outfit that was tasteful yet revealing in just the right places. When Ben arrived he was aglow with excited expectation and Sarah was also hoping for the best. They were in their mid-thirties and wanted to be married and start a family. The date went as expected with a long and lingering good night kiss. Months later they were married and settled into their new condo with what appeared to be the perfect relationship.

Cut to five years later they are now sitting in a therapist’s office contemplating divorce after two children and many internal struggles later. In the session Sarah was sullen and critical of Ben’s constant distractedness and Ben was clearly turned off by Sarah’s critical commentary. What went so wrong from that first date? How did they get so far afield of the early excitement and effort to make everything go right? Obviously, if we could be on a perennial first date for the rest of our lives we would be fine. So why not?

Ben and Sarah are not terribly unusual for the kind of people who show up to therapy. They can’t stop their negative cycle of criticism and defense. Round and round they go, ruminating over events and never being able to come to the same conclusion about what happened. During their session they would argue over every detail and each wanted to be right and make the other wrong. They said mean things to each other in these fights and time after time they don’t listen. The fights escalated to mudslinging and haranguing so much so that they stopped caring, liking or even loving one another.

What went wrong? We all know that if we are angry, critical, mean spirited and we shut each other out there is no good end to this kind of interaction. So why do we still do it? One answer is that we don’t know better. That we do what we have learned growing up. Sometimes when I do my work I imagine that the adults I see are dragging their childhood behind them in a big sack. I often feel like I’m dealing with children in a sand box, not adults. To do something really different we have to let everything we’ve been doing go and build new habits or the relationship that we originally had will die.

What makes for good habits?
• Talk about what you want and need moving forward instead of getting mired in the “who said what” from the past.
• Make sure you cool down before you speak. Saying nothing is a great idea but then come back to the table and talk about how you would like it to go next time.
• Use liberal amounts of empathy. If we can fully understand what our partner is saying we will have a much better chance of finding some workable solutions.
• Acknowledgement and validation are the gears of empathic responses. Make sure you let your partner know that you understand what they are feeling and thinking not only to avoid misunderstandings but to let them know you are with them.
• Take some time to consider possible solutions. This part is called “brainstorming” ideas that might work to make things better.
• The next step is to make a plan. Once you have made a plan that involves both of you then make sure you make a definitive statement about what you understand from the discussion. “Next time I will help you with the clean up after company comes” or whatever the issue is and then the discussion is over.
• Then it comes to doing what you said you were going to do. Follow through is the most important part of any discussion. Keeping agreements, being true to your word, being honest, paying attention, being compassionate and respectful are the hallmarks of all good relationships.
• Then come back together and discuss how it’s going. This feedback is necessary to bring in appreciation and affirmation that what each of you is doing is being noticed. At this time corrections, additions and helpful suggestions are useful for the continuation of progress.

The most important character of change is the willingness to look in the mirror. It’s easy to blame and hard to look at ourselves. But if we don’t we can’t grow or have a mature relationship. The first act of maturity is self-reflection. That and treating your partner like you are on a first date. It will not only help the relationship but you might just get lucky.