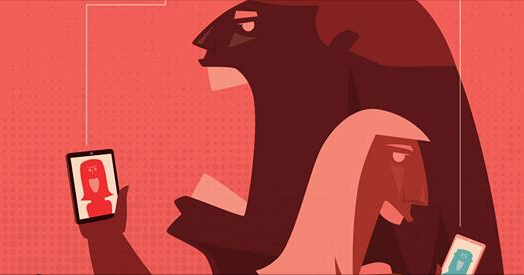 Jose came to my office in shreds. He was totally devastated. He so wanted to love but struggled mightily to be loving. He sought out relationships but was continually embroiled in tempestuous dramas about what he perceived to be slights, betrayals and downright screw ups. He had to let them know, it was his righteous duty to inform. He loved being superior and entitled. He was right and by God they were dead wrong.

His wife Annabel loved the outdoors and frequently went on hikes in the woods behind their house. She neglected certain household duties that vexed Jose to no end. He worked and she was supposed to take care of the house. He railed at her, yelled and screamed but the behavior remained. She couldn’t tell him that she was afraid of him. She was terrified of his anger and punishing silences. She felt trapped, abused and neglected. One day she went into the woods and never came back.

How could she leave him like that? He had no clue. What happened next surprised him. I said “Why could she have stayed, she was a prisoner.” He got up to leave but I gently asked him to sit down. I explained that his righteous anger had created a tyrannical prison. She couldn’t tell him because of what he might do if she did. She couldn’t trust him with her truth. In a living situation there is nowhere to go. No escape except to not say anything that might trigger the other person or find a way to leave. I see this when I ask partners if they were able to express to their mate what they are telling me. They frequently will exclaim “Oh no I can’t say that, it will be world war III.” That’s the moment when I know its tyranny.

When people live in the same house, one or the other or both can oppress with the use of anger, tension, withdrawal or abuse to exert control. Abuse can be defined as either emotional, physical, sexual or neglect. This can be due to the desire to manipulate or from an inability to regulate negative emotions. Either way it creates a dreadful situation because they know it’s coming, it’s only a matter of time. To live in that kind of distress is challenging at best and the victim of this treatment must walk on egg shells and take extreme measures to avoid conflict.

Susan Johnson, the author of Hold Me Tight and the architect of couple’s therapy called Emotionally Focused Therapy once said that in conflict “women swim and men sink.” As it happens some, often narcissistic women, subliminally grasp that their husbands will do anything to keep the peace. They use anger as a form of manipulation to get what it is that they want or cannot get by any other means. It will begin with some kind of slight or a break in the connection; they aren’t listening or responding to requests or demands. This triggers an angry attack with an equally defensive response. They are caught in a trap and there’s no way out. This negative cycle goes on and on.

How then do couples overcome the tyranny of anger and abuse so they can feel safe to tell the truth and connect? It’s of course never easy because the roots of anger and frustration go way back and they are habits learned in our family of origin. So, the first step is always awareness and insight into what is going on. If couples can learn how to listen and respond by expressing their understanding of what is being said it goes a long way to ending the negative cycle. It does not however take into account the need for some people to manipulate with anger. This is a narcissistic trait and is not easily dispensed with. The issues that cause shutting down or angry responses are equally complex. The fear of being exposed as weak, the unwillingness to respond, the need for secrecy or the desire to punish through passivity are all mechanisms of retaliation and fear. The need to tyrannize through anger is also a very complicated process that fundamentally involves feelings of being unlovable or worthless or both. This is usually not the stuff of self-help or simple solutions. It requires self-examination and learning new skills to accomplish.

Tyranny is life gone wrong. Whether it’s on a global or intimate level it is the subjugation of another, it’s slavery and eventually all slaves rebel. So one way or another there will be push back and eventual disaster. To undo tyranny we must look at the roots of such behavior so we can take off its head. Only by creating a safe environment can we truly come together as equals.