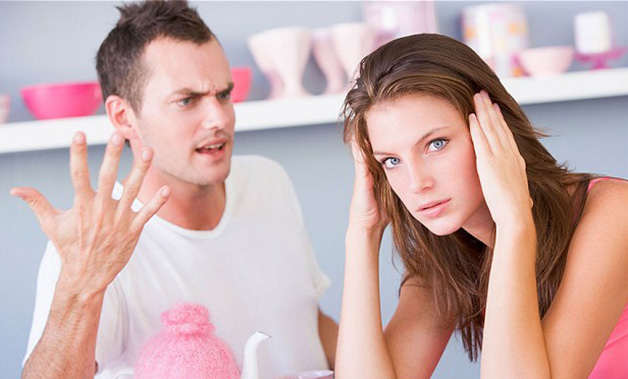 Is there such a thing as constructive criticism? Not really? Criticism seems more like a punch in the stomach than a helpful hint. Complaints are a different animal altogether. The major difference between a criticism and a complaint is that criticism is a personal attack and a complaint is about who we are. Criticism creates defensiveness. How could it be otherwise? Defensiveness is a knee jerk response to criticism; it’s payback. A complaint, on the other hand, aspires to loftier goals; it’s about your inner world.

In my work, I have to say things to people that are really hard to hear. I must provide insights without judgment or criticism. Otherwise, they are up and out the door, never to be seen again. Criticism is always about the past but complaints can be about the future. “You did the wrong thing” as opposed to “This is what I want moving forward.” Whenever you express your complaint as a wish, need or a want, you are creating the possibility of a positive outcome. Criticism is always negative, whereas a complaint can be quite positive. Complaints give your partner something to do, whereas a criticism paints them into a corner. They are bad and there is no way out. A proper complaint is an exit strategy.

John Gottman, the author of The Seven Principles for A Happy Marriage interviewed over 12,000 couples. He describes the “four horsemen” of a failed marriage as criticism, defensiveness, contempt and stonewalling. Highly critical couples are doomed to failure because criticism is a disconnect and ultimately a shutdown.

Criticism and complaints have one thing in common – they both relate to differences between people. Differences create conflict which is natural and unavoidable. Differences can be about lifestyle, culture, past experiences, morals and values. It’s not that we will never get angry or have conflicts, it’s about how we handle them.

There are steps you can follow that will allow you to steer clear of criticism and develop a positive complaint style.

Step 1. De-escalate. When a conflict erupts your first response is to be angry, critical, righteous and retaliatory. You are convinced that you are right and they are wrong. But maybe you are blind to your part in it. It’s a good idea to cool down and think about what made you mad. Anger is informative and complex, it can be about five or six different things. Anger let’s you know that something is up, some internal land mine has been triggered. Take a beat and consider what made you angry. Is this an old wound? What do you want, need and value moving forward? What were they thinking? When you feel calmer and have a better idea about what pissed you off, then set up a time to talk or wait for an opportune moment.

Step 2. Acknowledgment. Conflict and anger break the emotional connection. The best method for reconnection is to acknowledge what your partner is saying or feeling. Providing feedback that gives the sense that you understand what they are experiencing is connecting. Do not repeat word for word, but summarize the most important elements in a way that lets them know you understand. When couples are having trouble, it is often because they are not listening to each other and are too busy defending. Attack and defend is a lethal style that loops around and around until there is only stalemate. Acknowledgement breaks the negative cycle.

Step 3. Define the Problem. Once each person feels understood and has made an effort to voice their concerns try to make a statement about what you think the problem is. Something like: “When you ignore me, I turn up the volume and then you get angry with me for getting angry. I think the problem is that we are spending too much time arguing about what happened instead of what we want.” Once you agree on the problem you can start to talk about solutions. This is where your complaints can be heard. “In the future you don’t have to fix it, you just have to let me know what you need and that you hear me.”

Step 4. What Can Each of Us Do in the Future to Make it Better? Each person at this point can make a statement about what they will do next time. “I promise to listen so you won’t have to yell at me to be heard.” By placing your concerns in a future context it feels positive rather than blaming and critical. In 30 years of seeing couples, I have yet to see two people agree on what happened in the past. What works is to consider what you might do next time. “Next time, could you let me know when you are going to be late?”

Step 5. Take Action. Making an effort to do those things you have agreed to do demonstrates commitment and concern for the needs and feelings of your partner. You don’t have to be perfect but when you do make a real effort it creates connection and love.

This road map is just that, a way to resolve problems and communicate in a way that creates love and connection. Like all road maps you need to know when you are off track and then get back on the road. Criticism, contempt, defensiveness and stonewalling break connections and compassion, understanding, respect and empathy create them. Complaints allow your partner into your inner world, criticism shuts them out. Love is an active process and sharing your complaints positively creates a more loving connection. This is the way to be “Happy Together.”