Does Anger Have a Place in Love Relationships? | Dr. Bill Cloke 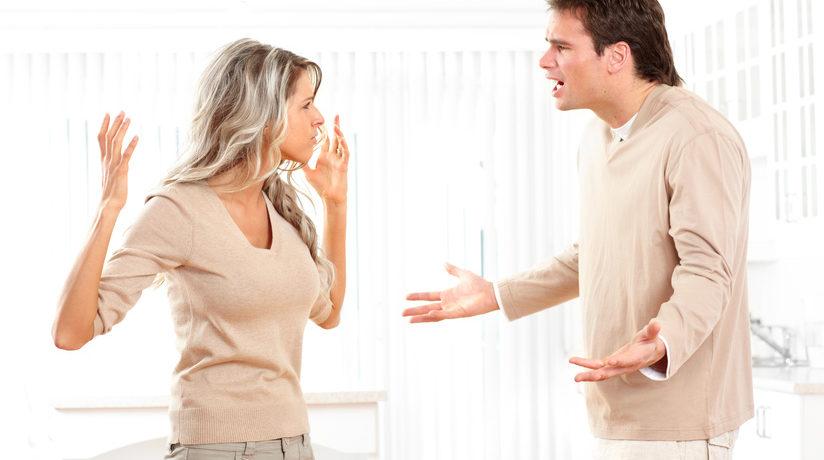 The other day I was sitting in my office with an enraged couple and I could not get a word in edgewise. They were locked nose to nose in a mudslinging, vitriol-induced confrontation. I silently asked myself, what are they really fighting about? It can’t be about what she did fifteen years ago at a party, or that he simply won’t help around the house. It has to be about something really important. After they blew off some steam, we started digging into their history and a clear connection arose. He felt like she never really wanted him or loved him and guess what, he never felt loved or cared about when he was a kid. She felt invisible and not so coincidentally is the daughter of Middle Eastern parents who worshiped their son and treated her like yesterday’s news. Not to belabor the past because in truth, all experience in life matters, it’s just we spend so much time with the same people. But, yes, all that was going on, but it begs the question. The real question remains, what is the actual value of all that anger in this current battle royal? Does anger really have a place in arguments or relationships or is it some primitive vestigial organ like the appendix that we no longer need now that we don’t eat raw uncooked red meat?

The answers, as one might imagine, are not so simple. First of all, where does anger come from? It emerges from a place in the primitive part of our brain called the corpus callosum and it’s housed in the amygdala where passion and emotion come from in the hippocampus. So, anger is rather primitive and connected to some form of pain either in our past or currently. These experiences which are a part of our memory system and not especially accessible can be stimulated in current relationships when similar feelings are aroused either by an actual or perceived event. Many people think they are experiencing something that does not actually exist but is a remnant of their past. This is where things get very murky. Anger comes from a reaction to something in a current situation that can have roots way back in time. These memorialized emotional wounds can be reawakened by a current slight, rejection, and/or mistreatment.

So the real answer to the question does anger have a place in love relationships is a profound no.

Then something quite profound happens. The pain that was once received is now delivered and the conduit is entitlement and revenge. Anger or rage can also be muted out in a cold calculating expression of murderous or violent behavior. Very complex indeed, but you don’t know the half of it. This very short explanation is only a small fraction of what goes into creating anger. I won’t bore you with the details but let me just say that it’s not something that is always controllable especially when past experiences have been deeply hurtful and abusive.

Anger is also natural, normal and everyone experiences it. That does not mean we are then good to go in blasting anyone near us when we feel it. When Buddha was asked about anger he said: “Don’t repress it but don’t express it.” So, what the blazes does that mean? Well, the bad news is that we don’t get to express it unless we want blood on the ground. If we want relationships with others then we have to learn how to understand what anger is telling us but not let it out all over the ones we love. Easy for me to say. It’s really hard for most couples to contain their anger and not say things that they will regret later. This is because anger is not coming from the frontal lobes where rational thought takes place, but instead pours out of the most primitive part of the brain, where our impulses to eat, breath, have sex and kill come from. It is only when we can calm down will there be a possible resolution to whatever current conflict is going on.

How do we learn to control anger? It is of course very complex and difficult and sometimes no matter what we try to do, it’s going to come up. The more we know about what causes our anger the better we are able to make choices about how we want to respond when we are angry. The most important thing to know about anger is that it comes from somewhere, it is a secondary response to primary feelings of pain, frustrated needs, sadness, guilt, or shame. Anger is a signal, it lets us know that someone has crossed into our inner world. We watch the news and we hear of a man who walks over to a car full of teens and demands that they turn down their radio and when they refuse and give him the finger, he opens fire, killing one of the teenagers. What was it that broke in this man that it touched off homicidal rage and came pouring out in a hail of bullets? This happens all the time in our lives and in our world. The answer to this question then is to come to terms with our own personal anger and rage so we can understand and then decide to not perpetuate those experiences we suffered from.

The truth is that turning anger around begins within our own world, our love relations, our family, friends, girlfriends, boyfriends, wives, and children. The first step is to understand there is no such thing as entitlement, righteousness, or retribution when it comes to anger. We may think it and that’s part of our heritage as hunters but to express it to those we love will eventually kill that love and make us look like idiots in the process. There is no good reason to express anger except that it feels good at the time. The rest of it is just blowing off steam but inevitably does not solve anything.

The best way to go concerning anger is to stop, cool off, take a beat, count to 1000, and think about where it’s coming from. Then start the process of healing by letting the other person know what we want and need moving forward. If we can understand what we need or don’t need and can articulate it to those we love then they have a real opportunity to succeed next time around. Anger is a red flag that tells us something is up. It may or may not have something to do with us but we need to look inside first and then find some real solutions that can work for both people. The Buddhist Tich Nhat Hanh said “When you express your anger you think that you are getting anger out of your system, but that’s not true,” he said. “When you express your anger, either verbally or with physical violence, you are feeding the seed of anger, and it becomes stronger in you.” Only understanding and compassion can neutralize anger. So the real answer to the question does anger have a place in love relationships is a profound no.